The Medici vase in reconstructed stone 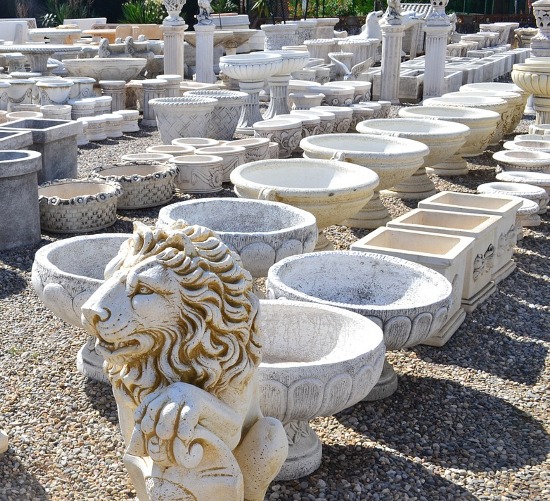 With the beautiful days coming back, we will be in the garden all the time, for a breath of fresh air and to enjoy the sun. For the pleasure of the eyes and to enhance your home, the layout of the garden must be at the top. You will be able to find many Medici vase to the rumenic and in our online store. But then, are you willing to add a vintage touch to the layout of your exterior by inviting stone vases in the gardens, what is commonly called "Medici vase"? Here is a complete dossier on this subject.

How is the Medici vase made of a reconstructed stone?

For gardens or a terrace that looks good, we dare to incorporate Medici vases. Aesthetically appreciated by the owners because of their authentic appearance, these decorative objects also provide a warm side, probably due to the fact that they are made of stone. The vasques may be made of natural stones, but it is the reconstructed stone models that are particularly attractive to the owners, and there is a reason for this. This is for a financial matter, but not that!

As the name suggests, a reconstructed Medici stone vase is the one made from damaged stone vasques that could not withstand frost. Thus, the vasque is restored since it would be too bad to abandon it as well. To restore the object, a metal frame and a mixture of yellow sand and white cement are used to form the mortar. However, these are not necessarily damaged stones. As you probably already know, the reconstructed stone is completely made. Sand, cement and marble are mixed to obtain the compound stone. 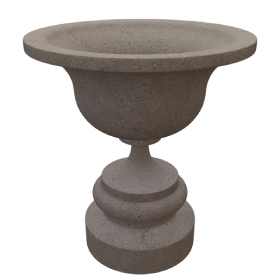 Using the stated materials, you simply use a mould, usually made of wood or metal, and then after casting the mixture, you can demoule after 24 hours. The finish is done as if on natural stone.

It is worth pointing out that to have a pretty Medici basin in reconstituted stone both aesthetically and resistant, the proportions of sand and cement to be mixed are indicative. This also makes it possible to have a very natural vase color.

The difference between reconstructed stone and real stone

When you want to install pretty vasques in your garden, the dilemma between natural stone and reconstructed stone is the hardest to manage. Both have their own strengths and disadvantages, the choice can sometimes prove difficult. The main reason why it is important to know the difference between these two stones so as not to be wrong in the choice. The aim here is to understand their specific characteristics. 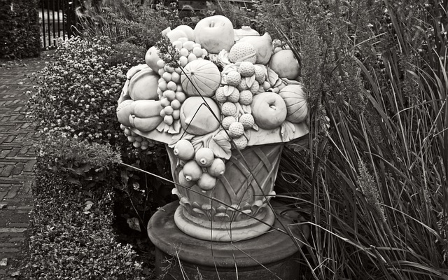 Namely, that the real stone vasques display quite natural and durable characteristics. Being a material directly from the Earth, its exploitation has no disastrous effects on the planet. In addition to great resistance, these stones allow ease of maintenance. And this, not to mention the fact that they have a beauty of its own.

The reconstructed stones also have an almost identical look to the real stone squalling, except that they are less durable. While the reconstructed stone then takes up the aesthetic aspect of the natural stone vasques, but on the resistance side, it loses a lot of points. In any case, if this material is so successful for the owners at the moment, it is not for no reason.

What are the advantages with the reconstructed stone?

How indicated, the success of reconstructed stone vasques is explained by its multiple advantages. While natural stone bins show great resistance to climatic constraints, those in reconstructed stones have an aesthetic aspect that leaves no one indifferent. But it's not just the appearance that counts here. By the way, this type of basin, being designed from the mixture of cement, gravel and marbles offers an ideal weight for the balance of the vase.

Provided you choose material of an olive quality, the basin can stay outdoors for all seasons. In fact, it is resistant to shocks and UV rays to adapt to the most restrictive conditions. Moreover, opting for the Medicis vase in reconstituted stone means allowing an infinite choice of colors.

How to maintain a Medici restored stone vasque?

So, you finally decide and now you have pretty reconstructed stone vasques in your garden? Knowing that the material is strong, but not enough to compete with the real stones, it is important to take good care of your vases. So maintenance and cleaning should not be taken lightly.

To do this, you can opt for the water-repellent treatment which consists of protecting exposed surfaces of the stone. It is therefore the right gesture that guarantees its resistance. It is also a way to prevent dirt from entering.

Please note that vinegar, lemon and other acidic products are sworn enemies of the reconstructed lands. So avoid acid-based cleaning products at all costs. The same goes for anti-calorie chemicals and bleach.