> Blog > Furniture > The furniture of the Empire era

The furniture of the Empire era 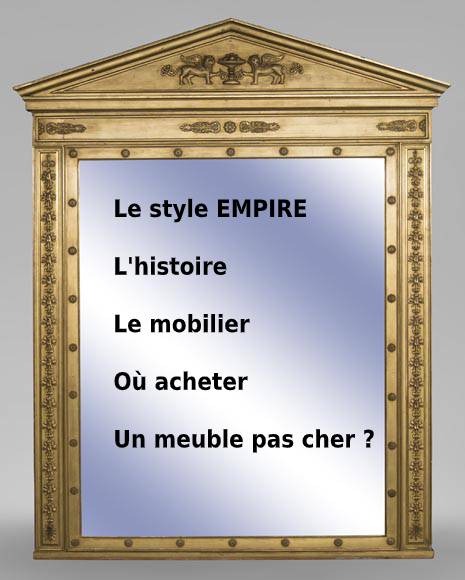 If the Ancient period had already had an influence on French furniture since the Renaissance, this attraction will increase in the 19th century. Indeed, considering himself the heir of the Caesars, Emperor Napoleon I will encourage the artists of his time to take inspiration blithely from Ancient Art in order to produce furniture of great wealth. This ancient design called empire style survived the emperor's reign in both France and England.

The Empire style made only a brief appearance in history. Indeed, this trend succeeds the louis XVI design, but this style covers the reign of Napoleon I, from 1804 to 1814. The furniture of this period is somewhat austere, with straight lines and flat surfaces. The Empire style is characterized by a desire to copy ancient art, to the detriment of the elementary laws of comfort. The emperor sought to use art to assert his political power. To achieve this, he imposed a uniform and homogeneous style, greatly limiting the creations of the time. The Empire style is also characterized by massive structures, usually mahogany, with rich bronze ornamentation. The latter usually represent martial or mythological scenes, as well as the Egyptian countryside.

The Napoleon II style, also known as the Second Empire style, is characterized by a return to luxury and pomp. The artists and craftsmen of the time rediscovered the great designs of previous eras, be they Gothic furniture, the Renaissance, even the louis XIV, Louis XV and Louis XVI styles, and did not hesitate to reinterpret them. Such a renewal has given rise to eclectic furniture, unrivalled comfort and great richness. Empress Eugenie was herself a great admirer of the time of Louis XVI and strongly encouraged craftsmen to produce furniture from that era. Nevertheless, although the artists had more freedom to express their creativity, the furniture of the second empire, from the reign of Napoleon II, reveals itself by a somewhat redundant style. Indeed, the extreme richness of this style of the second empire, allowed the creation of furniture whose accumulation of antique decorative element and motifs from all walks of life cause a certain overload.

The style instilled by Napoleon favours bronze ornaments but also wood as a raw material. Mahogany is the main wood species used to make empire furniture, whether it is furniture from the first empire or the second empire. The cabinetmakers used it both in the massifs and in veneer. All kinds of mahogany were used, light and dark, in order to bring styles up to date. These two types of mahogany made it possible to create massive and luxurious furniture, characteristic of the time, such as the Empire sofa, the magnificent Empire buffet, even the Empire office and the Empire pedestal. Nevertheless, some material, such as marble, was also beginning to be used, as for wood. These elements are particularly present in branding products. All this reason and quality make the old furniture types of Napoleon's time highly coveted.

Empire armchairs are characterized by their vast proportion, making them difficult to move around in a room. Nevertheless, they remain comfortable and are always padded, although the models are decorated with bronze that goes well with their wood. These designs of marquetry of the time of the various kings Louis have a flat, rectangular and slightly curved back, a design much appreciated from the time of the first empire. The accotoirs are straight and padded, and richly adorned with animal or mythological representations. The mahogany swan-neck empire armchair is one of the emblematic pieces of furniture of the time. The forelegs of Napoleon's armchairs are straight and are often topped with a female bust or an Egyptian head. These footings usually end with lion claws, echoing the art and countryside of Egypt. The hind feet are, on the other hand, most often curved like a sword. The purchase of these furniture must be accompanied by their quick delivery to preserve their quality during transport. The same is true of all branding products, in addition to the Empire chair.

Where to buy Empire furniture? 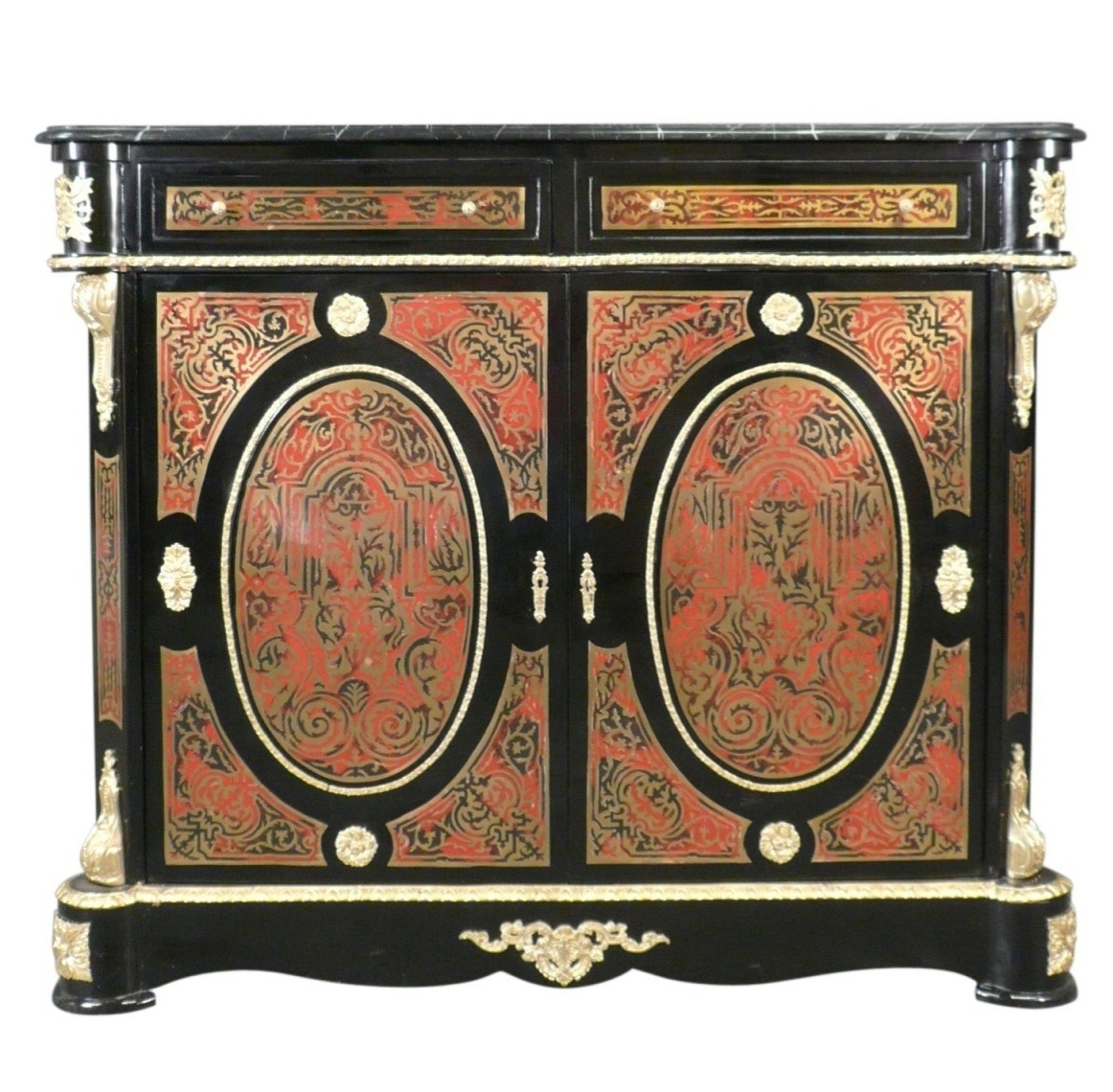 At an antique dealer

Going to an antique dealer is the best way to find furniture from that era, whether it is with drawer or not, designed with solid wood, with an authentic tray, or other. The latter specialize in the purchase and sale of antiques, and have acquired a great knowledge of these objects thanks to their long experience. Going to an antique dealer allows you to take advantage of their expertise in order to know the history of a piece of furniture and its value. In addition, the vast majority of antique dealers certify the authenticity of their furniture, thus avoiding unpleasant surprises, especially since antique furniture remains expensive. Also, it should not be forgotten that when going to an antique dealer, the buyer has the opportunity to negotiate the price. Merchants are used to this practice and do not see a customer who haggles, although they prefer to sell their goods full pot.

Online shoppers are familiar with the Ebay auction platform. This website is known for offering many articles at very attractive prices. No wonder Ebay is one of the first sites to visit to find an empire furniture, designed in solid wood, such as a library, and which sells at affordable prices. Many owners of antique furniture go to the platform in order to sell their property, and potential buyers have a certain amount of time to make an offer that they deem correct. However, if Ebay has the advantage of offering a very large catalogue, it is still advisable to call on an expert before embarking on a purchase, especially to certify that the desired furniture is indeed authentic.