> Blog > Chair > How to recognize a louis XVI-era chair

How to recognize a louis XVI-era chair 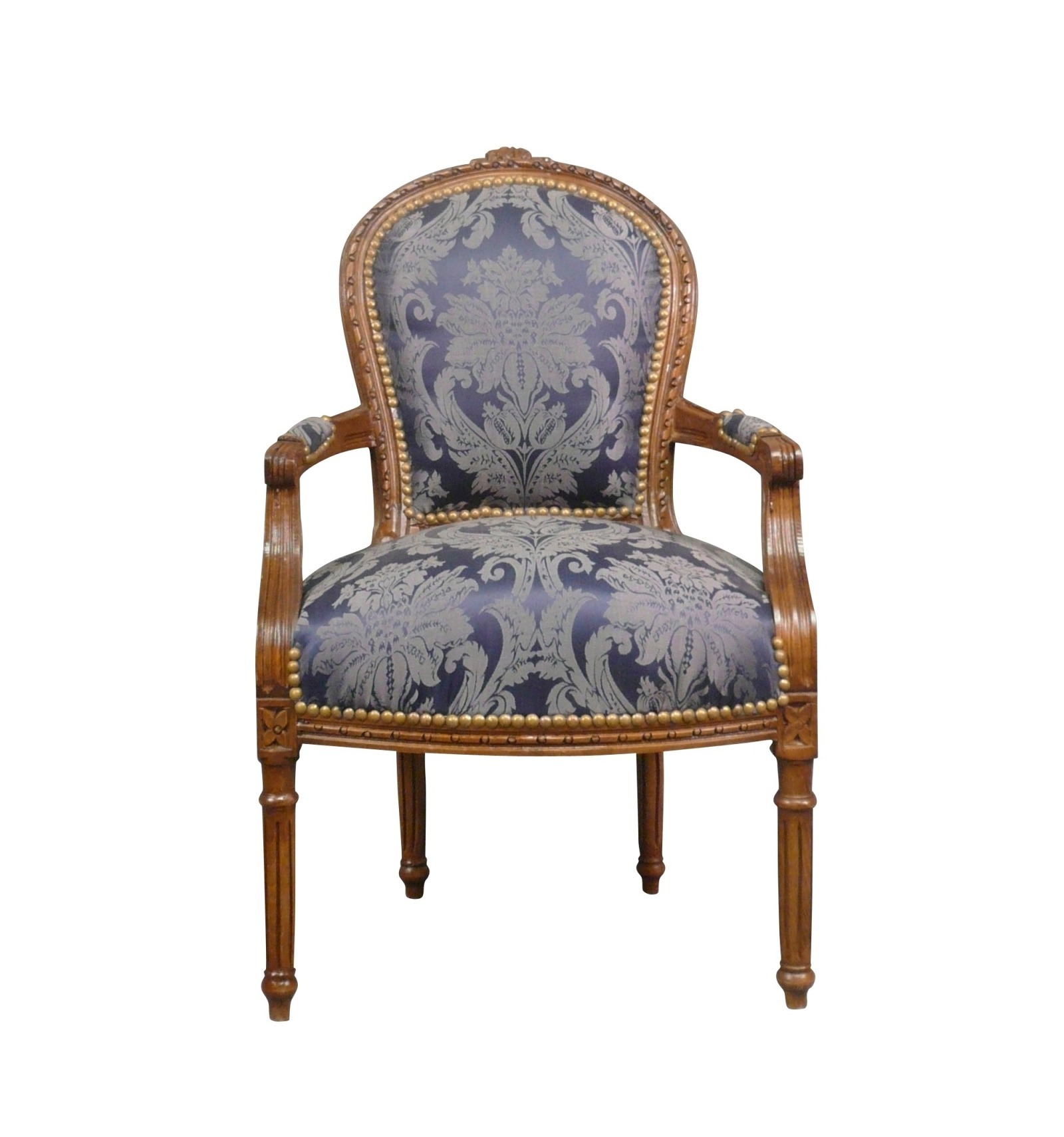 Louis XVI, a very great king of France and Navre who ruled during the period from 1774 to 1791. His style of furnishing and decoration was used in France from the beginning of his reign, succeeding the transition style from 1758 to 1775.

The furniture of the time differed from those of Louis XV by its shape, a figure borrowed from the neoclassicism style and by the materials with which they are made. Among the emblematic furniture of the 18th century, armchairs are still very popular today, they can be found in antique shops.

The features of a Louis XVI-style chair

The Louis XVI-style armchairs are characterized by the absence of Louis XV's rock shapes, with very clear lines influenced by the ancient style.

Madame du Barry, the favourite of King Louis XV and the architects of the time were all great admirers of classicism. Similarly, the discovery of the remains of antiquity in Herculaneum and Pompeii also contributed to this choice of classicism by Louis XVI.

Many modern craftsmen still make Louis XVI-style armchairs, respecting the characteristics of the chair. They use very old manufacturing techniques to make them sell better. The most prestigious use the solid beech woods.

The trampling or feet of this old piece of furniture are always in a straight line, faithful to the ancient style, with often fluted feet, that is to say equipped with streaks dug in the wood.

After the transition, the manufacture of the armchair backs improved, either the feet are straight and the back curved and concave, or the back is square or medallion and the feet arched. They are well decorated and finely decorated with ancient motifs such as grooves, denticles, acanthus leaves, triglyphs.

Or, the motifs can also be inspired by plant elements such as flowers, foliage, apples, breads; or simply other decorative elements such as ribbons, strings, beads, oves, piastres or festoons,...

The design of the armrests of the Louis XVI style armchairs is confirmed by the same lines, curved supports, straight, tapered and fluted trampling. Carpenters of the time also created armchairs with a right-plan back, a medallion back or a hot air balloon back.

The value of a Louis XVI chair

The Louis XVI style was used in France at the very beginning of his reign. It is elegant, royally decorative and very artistic. Since its creation, time has not changed its value in the eyes of lovers of the classic style.

Despite the modern era, the price applied to have a Louis XVI-style chair is relatively high, especially if it is considered authentic. However, the demand continues to increase, as its design can adapt to any style of interior decoration.

For example, Louis XVI armchairs stamped Henry Jacob, a series of six armchairs, with a flat back painted and molded. The feet are tapered with rough groove and topped with rosette. The fabrics are decorated with flowers on a blue background. This series costs 22,000 euros.

To quote others, Bergère stamped BONNEMAIN, Louis XVI era, an armchair made by a French carpenter in master 1753 in Paris costs 2,200 euros.

It is possible to use modern craftsmen to acquire a Louis XVI-style armchair. But it is still expensive and will require more time to manufacture.

At the time, Louis XVI-style seats were intended for the bourgeoisie and people of very high social class. But right now. Nowadays, the style has become popular and harmonized with other styles of decorations, such as contemporary or baroque style.

You may be able to find seats to restore, in which case check the condition of the seat. Restoration of the latter can cost more than the part you buy, depending on the suspension and the fabric you choose. It is often much cheaper to buy a Louis XVI armchair new, our furniture store offers a wide range of them.

The great era of Louis XVI is marked by the furniture inscribed in the European Neoclassicism Movement, the characteristics of which are mentioned above. As the style is still very popular nowadays, and symbol of refinery and elegance, several furniture can marry with your Louis XVI armchairs.

Tables are usually made of mahogany wood, they can be lengthened depending on the number of guests, with 6 or 8 feet. There are also small tables, which can be used for multiple purposes. Example to play games, to have tea, to serve as a bedside table,... It has a marble tray and is decorated with a bronze gallery with belt drawers.

For the room the 18th century dresser is very appreciated, its straight shape allows it to optimize the space.

In the case of Louis XVI-style chairs, the file underwent a significant evolution in the 1780s and 1785s. Indeed, Georges Jacob, an 18th century English carpenter, imported a model in the shape of a lyre, a sheaf or made of columns. This modification only embellished the furniture of that time, which made it even more noble and prestigious.

The Louis XVI-style bed is still very popular today. Among the rarest, costing in the 4,000 euros, the bed in Baldaquin era Louis XVI has fluted feet and rough. It's made of engraved wood.

Whether you're in a modern or classic style, Louis XVI-style furniture will always find a place in your home, like the armchair in front of your TV or behind your desk.