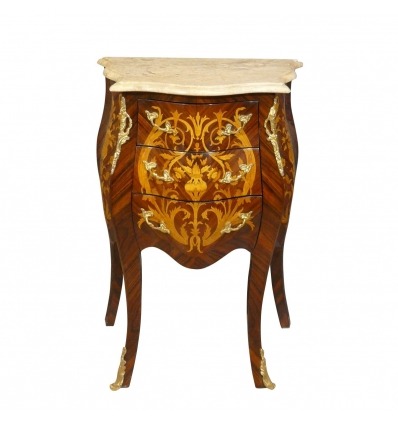 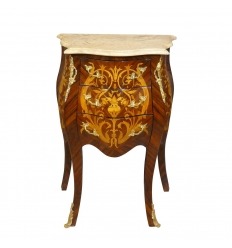 Louis XV chest of drawers in mahogany rosewood and amaranth marquetry, on a beech wood structure and bronze trim.

The Louis XV style in furnishings

The Louis XV style is a popular design in the eighteenth century. It was characterized by its infinity of shapes and materials. Meanwhile, France was the most powerful nation on the planet and its rich people wanted to have more extravagant homes with more ornate furniture, rare materials and ornate sculptures. The ROCAILLE style was a major influence during this period and is evident in most of these pieces.

During the Louis XV period, curved lines were common in interior woodwork. These designs became more ornate and luxurious as a result of the use of ornamental sculptures. In the late eighteenth century, a tendency to incorporate Japanese and Chinese designs into French designs was also a popular element of the Louis XV style. As a result, this style was influenced by the styles of the seventeenth century and still continues to inspire today.