> Blog > The decoration for the garden > The Medici terracotta vase 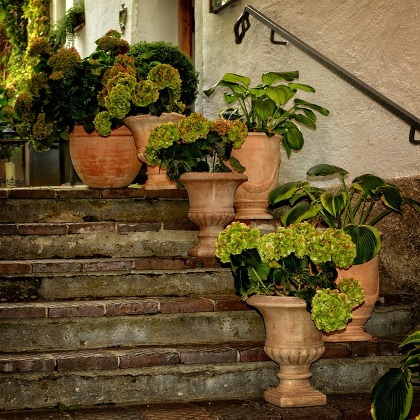 The Medici vase is represented as an inverted bell-shaped container, it is the classic form of the crater. It was created around the middle of the first century BC. Its name comes from its owner: Medici.

This vase consists of 2 fluted handles fixed by satyr heads. An object of value and a work of art, its origins were then reproduced: the Medici-type terracotta vase was born.

The old squall of the Medici terracotta

The Medici vase is considered the most amazing vase of antiquity. There are several qualities of vasques, including squalwn terracotta. The medicid housing passes on extraordinary qualities and embellishes a given place.

It is exposed outside or inside, on the terrace for example. The Medici vase is the desired decorative and charming product. The elegance of the product fills art books and historic places. Some models are painted, such as the Medici white vase to imitate marble. 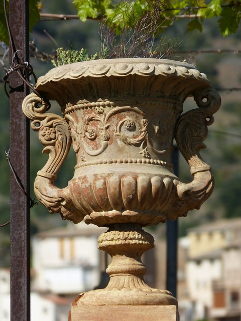 The original medici vase is originally represented in marble. Its quality condition has led fans to create a new design from other brands. You can discover from the new Medici terracotta vase. 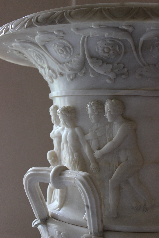 The pot is presented in several dimensions whose nature is purely decorative. It retains its noble and elegant vase property. The effect of the technology made it possible to make a beautiful ornament on the outside or inside.

Types of Medici vases of other qualities have also been created: cast iron, iron cast, patina cast, crystal, metal, porcelain, earthenware or bronze. The colors are diverse, ranging from white to black, gold or silver, or color.

How is a Medici vase made of terracotta?

The Medici vase is the original vase from the first century BC. It has an original shape and special characteristics. Its marble design has made the vase a luxury object, with a pedestal that serves as a base.

It was then created with a material like terracotta. It is about 173 cm high. This type of vase follows a separate manufacturing process. It is carried out according to the manufacturing conditions. The technical parameters must be respected and the quality of the terracotta must remain precise and perfect. Two forms of manufacturing are established: manual and technical production.

Terracotta is obtained from essential raw materials: clay and sedimentary rocks. These come from decomposed ancient rocks. The good quality of terracotta is based on a well-defined procedure. It takes good manufacturing and the work of extracting the land is very important.

It is the basic shape that determines the quality of the Medici terracotta vase. The work of homogenization requires a great concentration. They lead to an easy realization of the production of the Medici vase. The material is shaped, dried and cooked at a specific time. The packaging system and control of the finished product will also be rigorously monitored.

The old wooden vase has retained its original age. For handicrafts, the materials used are stone and plaster. The help is very authentic, as no casting is done. The structure of the vase is irregular because its bottom is devoid of holes. The chipped style of the old paintings and the existence of visible terracotta depend. The old medieval terracotta vase is rare and delicate. Memorizing the steps is essential. Do not risk without experience, because the performance of the craftsman is at stake.

The technical manufacture of the Medici terracotta vase is the result of a modeling of the vase. The electric filming work ensues. You have to work the models of the vase afterwards. After exposure to the sun for drying, all finishes will be reworked. All defects must be examined before putting the vase. Cooking is between 900 and 980 degrees in the wood or electric oven. The enamel is then privileged. The controlled cooking of the enamel ranges from 1300 euros. The manufacturing work is finished and then unpacked. The work will depend on the size of the vase.

A decorative pot for the interior

The Medici vase is also an element of interior decoration. It adorns furniture, walls and some areas freed from the house. It may contain artificial or natural objects such as flowers or plants. It is represented in the urn or planter, but also in potted for gardens. 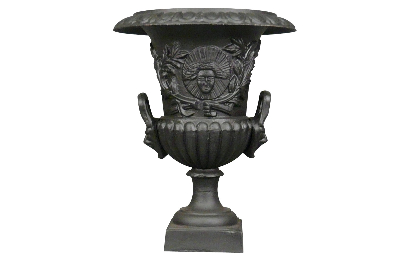 It can also insert the classic and modern style, that of the Sun King, King Louis XVI, the old style of betting and many others. Many motifs have appeared in modern times: the lion, the leaf, and the abstract for example. Advertising, customization, personalized sales and delivery service will be included in the service offering.