The stone columns of antiquity 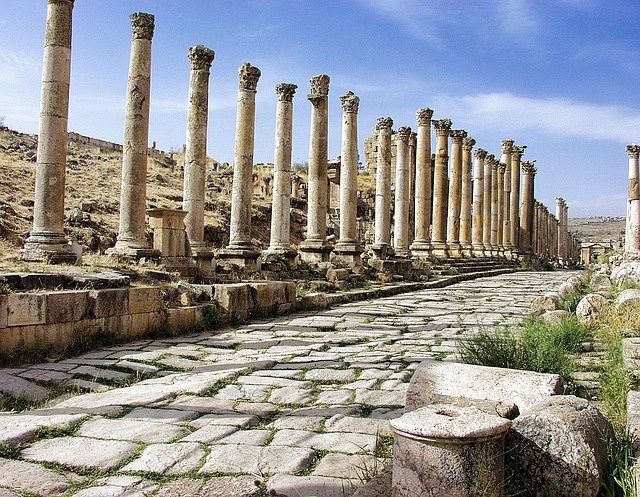 A column is a vertical support with a plan in a regular circle or polygon. It can be made of stone or marble, on which a roof rests. The column consists of a base, a barrel and a marquee. Egyptian architecture was one of the first to use the columns as decoration, in floral stem, with capitals of varied style.

The most elaborate columns of ancient times are the persian columns with a capital decorated with bulls. The ancient columns were used as pillars of the roofs inside the buildings.

This ancient column architecture was reused in the early Middle Ages. Columns are essential elements in Egypt, Rome, Greece and also in India. The columns are usually always fluted.

The architecture of the Greek columns is arguably the greatest form of Greek art. Characterized by large stone temples such as the Parthenon Temple, the Temple of Zeus, the Temple of Athena Nike...

The architects of Classical Antiquity are also known for designing large theatres of public squares, stadiums and monumental tombs. The architecture of the Greek column is traditionally divided into three periods including archaic, classical and Hellenistic.

Greek architecture has great importance, its logic and its order, which gives temples designed schematic based on a decoration system. Depending on the type, capital and entableness of the column, his invention follows classical orders (Doric, Corinthian and Ionic). The architectural aspect of the Greek columns was decorated with friezes and statues of incomparable beauty. 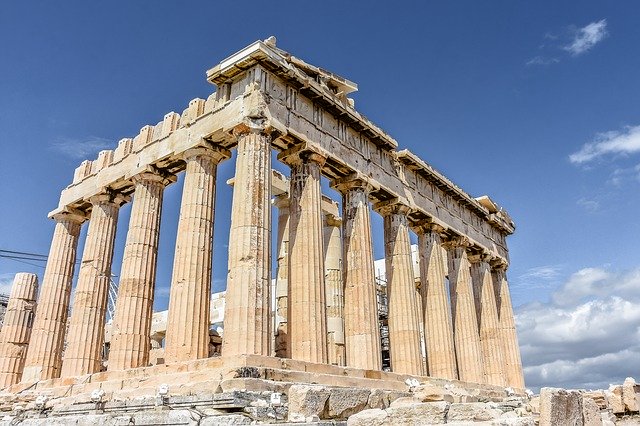 The style of the Roman column has greatly taken up the Greek style, but the real heritage of the Romans is the monumental column. It was richly decorated by Roman architects. It is the column of the public squares of Rome, in the form of a large tower unique at great height.

Still known as commemorative columns, these Roman columns were mostly used to commemorate victories. The column of Marcus Aurelius, the Trajan column or nelson's column in commemoration of the Three Glorious. Compared to the Greek columns, the Roman column has less purity in its construction and is much simpler. The columns were carved in stone, the capitals placed on them. The Romans were masters of sculptures, they also created many Roman statues with these same materials.

But to fill this side, the Romans relied on a remarkable solidity and practical use. Roman architecture often used the arch and then the vault. 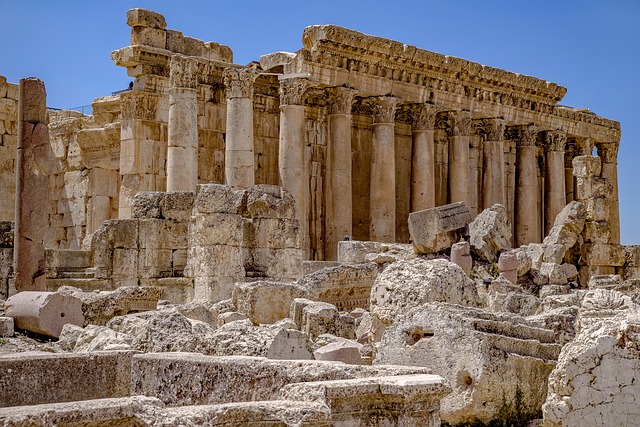 What material for a stone column?

In fact, the first columns were made of wood. They were like the piles helping to support the roof. The stone column has its origin in the vertical character of tree trunks. It is an architectural element that is never completely cylindrical and rarely very vertical.

The stone column became a niche in religious art, if previously it was more present among the Greeks, Romans and Egyptians.

There are two types of alabasters that correspond to two different types of minerals.

Marble has long been used in ancient architecture. Its firm and dense structure made it possible to have columns as solid as beautiful.

Ancient Greece had many marble quarries of different varieties. The Greek temples were gradually built with marble columns. Under the influence of Greek architecture, ancient Rome was also inspired by marble as a model for building their temples.

The marble columns of Rome came from the Greek quarries, which gave this material its precious value to the Romans.