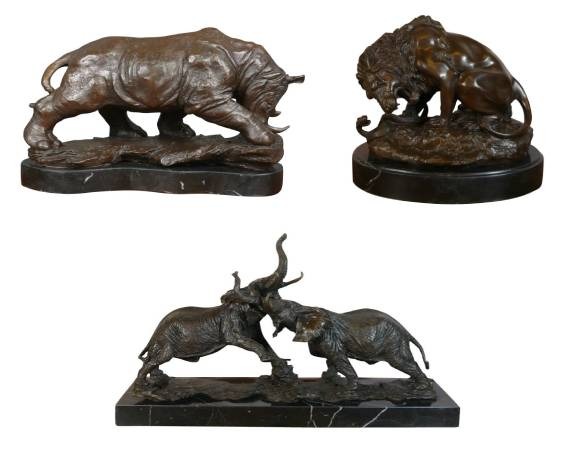 Are you passionate about works of art, typically animal bronze sculpture? Through this article, discover the famous sculptors as well as the legendary statues and the value of an ancient bronze sculpture.

Since 2750 BC, the use of bronze in statues has been documented. It became very trendy in the world of decoration at the beginning of the 19th century. Artists of this period used in bronze, an alloy of copper and tin to create animal sculptures unalterable through time.

Antoine-Louis Barye is one of the most famous French animal sculptors of the 19th century. He has a somewhat violent, powerful and realistic style. For example, a crocodile devoured by a tiger, a lion attacking a horse, etc. Barye has a predilection for small bronze statuettes, which enchants even the decoration of the living room of King Louis-Philippe. He also made several garden statues that became very famous. Tigers, rhinos and lions are the hallmarks of Barye's work.

François Pompon has his own technique of sculpture: "I make the animal, with all its falbalas, and then little by little, I eliminate so as to keep only what is indispensable." His work is not known until 1922, at that time the artist had been 67 years old. It is the exhibition of his Polar Bear, in Paris during the Salon d'Automne, that triggers passions. Its style is incredibly neat, almost Japanese, perfectly in accordance with the design criteria of the time.

Rembrandt Bugatti is also the master of bronze animal sculpture. Most of his works of art in auctions exceed 80,000 euros. No bronze statue was designed after Bugatti's death, his sculptures are rare real masterpieces and among the most sought after and expensive. He made statues of elephants, cheetahs, and other farm animals.

The rhino statue by Henri Alfred Jacquemart is among the most famous animal sculptures. It was presented for the first time at the 1878 Universal Presentation in the Musée d'Orsay.

Antoine Louis Barye's snake lion on a marble base, made in the 1832s, has been on display at the Salon since 1833. It is kept in the Museum of Fine Arts in Lyon. Honoré Gonon used the lost wax technique to melt the bronze. The bronze statuette, acquired by King Louis-Philippe I, is presented in the Tuileries garden of Paris from 1836 to 1911. Then it was sent to the Louvre Museum in Paris.

Rembrandt Bugatti's white elephant was also very successful, this sculpture is made from lost wax melted by Hebrard. It has a height of 14 cm and its price is estimated from 60,000 to 100,000 euros.

The bronze animal sculpture depicts one or more bronze animals. Although the art of evoking animals in bronze dates back to antiquity, the triumph of this kind of work of art prevailed in the 19th century. Here are the different animals depicted in bronze at the time:

China Lion, bronze in the Metropolitan Museum of Art

Bronze sculpture of Etruscan Taurus designed between the 1st century BC and the 2nd century AD,

Lion loading a bronze horse made in the 18th century

Domestic animals were poorly represented, at that time the animal had above all a useful role. 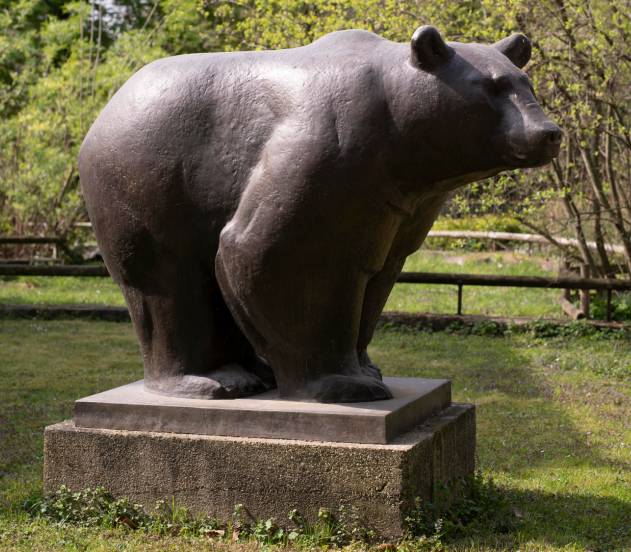 There are also several statuettes of hunting bronzes, they are really ideal for raising the office decoration or the living room.

The bronze hunting sculpture in Scotland and Pierre-Jules Mène's partridge-hunting dog are among the most famous. The Bronze Dog designed during the restoration era. A workman lying down an art object created by the French sculptor Paul Joseph Raymond Gayrard. The bronze sculpture group featuring a Lion attacks a wild boar by Christophe FRATIN dated 1836.

What is the value of an ancient animal bronze?

Before estimating such objects of art, experts rely on several criteria:

The existence of a signature on the statuette makes it more valuable. The signature of artists on their work became essential at the beginning of the 19th century, it plays a very important role in authentication as well as in financial evaluation. Sometimes hidden in the combination, it can be presented as a signature or monogram followed by a date. But you have to be careful, because not all statues with a signature are necessarily authentic, only the eye of a bronze sculpture specialist can determine if the marks are really antique.

The price of a bronze sculpture also depends on its size, so to know its estimate, it is important to know its height as well as the length of the base.

The art expert uses tools such as a Wood lamp and an illuminating magnifying glass to properly identify the signature on the statue. They are also based on specific documents: academic publications, auction directories, reasoned lists of each sculptor, research. Sometimes a search of a library in a foundation is essential to identify rare works. The older your bronze sculpture, the more valuable it is.

Our HTdeco store offers a wide selection of reproductions of bronze sculptures animal made by hand in lost wax, much cheaper than an old bronze, do not deprive yourself of what you like.

It is possible to see monumental sculptures all over Europe in the cities, in Paris in the garden of plants you can see a brown bear made by Georges-Lucien Guyot.