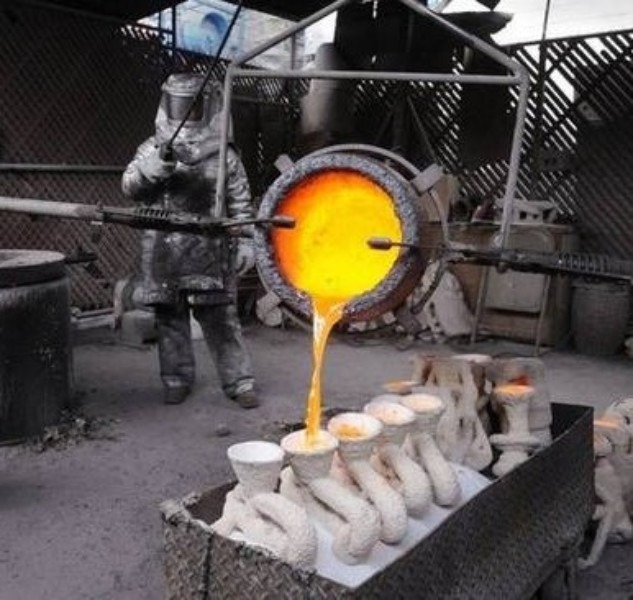 Bronze sculpture occupies a large place in artistic activity. For three millennia, the practice of lost wax has been criss-crossing time and still making its mark on the art world.

Art is expressed in many ways. It is a free concept that depends on the time and place of its representation. Nevertheless, the term can refer to architecture, literature, sculpture, painting, music, dance or poetry. In particular, modern art also covers cinema, theatre, photography and comics.

The making of a bronze sculpture by lost wax

The design of a metal sculpture is done in different ways: by modeling, by moulding, by casting technique, by technique of size.

The lost wax technique is, however, the most used. This technique makes it possible to reproduce in detail the work sought by the artist.

In order to create a metal sculpture, it is necessary to have a rough model. The process of lost wax begins with the making of a wax replica. It's done with your bare hands. This modeling makes it possible to satisfy the desire of the creator to a millimeter. The traditional process and the modern process differ in a few respects.

The traditional technique: wax and terracotta

Once the wax model is completed, it is covered with a layer of clay added to a casting rod. Then add another layer of dried donkey excrement. The whole thing is ligated by wire if the work is of an important dimension. It is allowed to dry and place it on a fire for the wax to flow from it, hence the name of the technique.

Once the wax is extracted, the mould is still cooked over a strong fire for several hours. This cooking hardens the mold and unloads the tool from the donkey excrement. Once finished, we move on to the casting of bronze. Traditional smelters have mussels, previously heated to 1,200 degrees Celsius in the sand. They pour liquid bronze directly or with a utensil.

It remains to wait for cooling and to destroy the mold to make way for the statue. Finishes can be done at this time (polishing, sanding, etc.).

Currently, the mould consists of a layer of elastomer covered with a plaster shell. Once the wax replica is finished, the modeling of a refractory material must be covered. The iron rod is replaced by funnels and ducts for the passage of the metal. In fact, it is necessary to ensure that the opening of the jets (funnels) is accessible during the casting.

When the cast is completed, the liquid bronze pours into it. After cooling, the removal is done. The elastomer is very easy to turn around, one of the advantages of its use.

Each work is unique in the signature of its creator. Sculpture makers house celebrities such as Swiss Alberto Giomecitti.

Bronze is the alloy of copper and tin. In the past, the term bronze was given to all copper alloys. Bronze is then composed of 50% copper, 6% to 20% tin and other materials such as zinc, lead, manganese and arsenic. Zinc ensures coulability and tin ensures the hardness of the alloy. The advantage of its components is the great resistance to wear.

But beware, bronze is often confused with regulation. The latter is the result of low-proportion lead, antimony and tin alloy. The regulation is much more fragile.

However, there are discernible differences between the two metals.

The colour of the bronze surface can be changed by applying a patina to obtain other shades (green, beige, reddish or brown). The surface of the bronze is heated with a blowtorch while spreading acids to oxidize the metal.

These acids vary from nitric acid, potassium permanganate, copper nitrate, iron oxide, zinc oxide, etc. It is difficult to discover the original colours of an antique bronze, but its patina is magnificent.

The works of bronze sculptures

Animal sculpture has existed since ancient Greece, but in the 18th century animal bronzes were reproduced by many artists, such as Antoine-Louis Barye. While 19th and 20th century artists made contemporary sculptures, Auguste Rodin and Camille Claudel used characters for their works of art.

At the beginning of the 20th century art evolved with more art deco models, chryselephantine figurines were a great success with Demetre Chiparus

There are many representations, some of which have entire collections. There are, for example, the almost perfect designs of Roman carriages. There are still statues dating back to our time, such as the Gennarelli Amadeo. The sculpture preserves the stories and wars of the past.

Alberto Giacometti is a well-known Swiss painter/sculptor. He participated in the surrealist art movement. Surrealism includes the process of creating artists (sculpture, painting, music, etc.) by all psychic forms beyond the control of reason.

These works of art are very rare, but they can be seen in art galleries or museums.

A concept that verges closely on freedom of expression. But artistically, this movement spread a lot at that time. Alberto Giacometti creates more than 15 famous statues and also invites himself into other activities such as painting and writing. His best work was "The Walking Man I" in 1960.