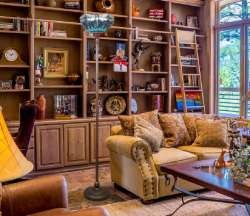 In June 2022, Christie's auctioned off 44 beautiful pieces of Tiffany lighting, from the Garden Museum, a private collection in Japan including the famous Tiffany lamps, the sale brought in a staggering $6,662,124.  A rare blue dragonfly-style Tiffany chandelier in stained glass dating from around 1905 adorned with dragonflies was sold for more than a million dollars. Fortunately it is possible to buy nowadays beautiful reproductions of Tiffany lamps in Canada, in France or Europe at prices that have nothing to do with these records.

The sale far exceeded estimates that were more than 150% low, with the biggest gains coming from the lamps. Even if it wasn't really a surprise, or at least not for Daphné Riou, Christie's chief designer. Because in December 2020, the auction house organized its first sale that was dedicated to Tiffany since 2014, a resounding success that doubled the estimates. "Since then," Riou explains, "interest in Tiffany at Christie's has steadily increased, with Tiffany sales approximately every six months, attracting new collectors and professional buyers each time. 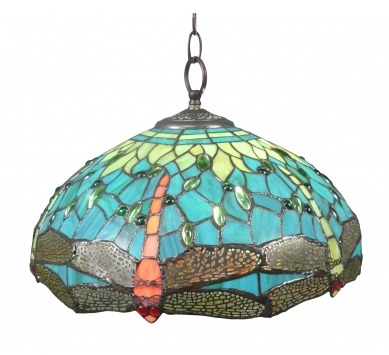 Reproduction of a Tiffany chandelier

The company was founded in the 1880s by painter and interior designer Louis Comfort Tiffany (son of jewelry brand Charles Lewis Tiffany & Co.), Tiffany Studios is best known for its glass creations – favrile glass, iridescent stained glass and lead glass – formal windows, mosaics, firewalls, decorative objects and, of course, iconic lamps. As we all know today, a group of people called the Tiffany Girls made the lamps under the direction of Clara Driscoll, who was in charge of the women's glass cutting department from 1892 to 1909.

Rious confirms our mistrust: "The range of collectors interested in Tiffany is expanding: at our last sale, more than 85% of Tiffany collectors also belonged to other categories, including post-war and contemporary art. It is also a global market, with more than 35% of non-US collectors.

You say 'golden age' and now people know what you mean now," says Nadia Watts, a Denver-based interior designer and great-great-granddaughter of Louis Comfort Tiffany. While researching his new textile collection with Kravet, inspired by the rich texture and glass art of Tiffany Studios, Watts visited Tiffany Glass' Neustadt collection in Queens, New York. There, not only the lamps caught his attention, but also the various pieces of cut glass they had acquired when Tiffany Studios closed.