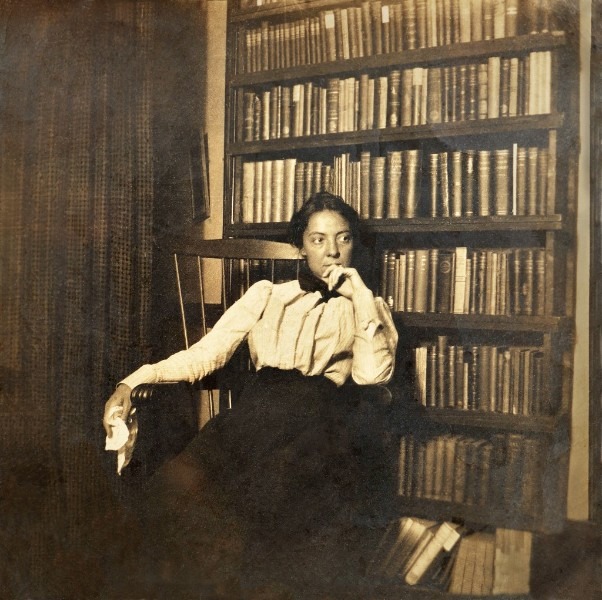 Clara Driscoll, the famous lighting designer, was born in 1861 in Tallmadge, Ohio. She went on to graduate school and then joined the Metropolitan Museum of Art in New York. She then became a director at Tiffany Studios and stayed there for 20 years. She is a designer, but also a director at Tiffany, a workshop manager, artist and businesswoman.

The designer of the lamp with a Tiffany lampshade

Stained glass lamps were created in 1895 in the USA. The discovery of this type of work was attributed to Louis Comfort Tiffany, an expert in stained glass. In addition to the fixtures, the company also made lampshades, vases, etc.

By hiring Clara Driscoll, the establishment has seen its catalogue changed. Clara's job at Tiffany Studio was to manage the lamp and light design workshop. She has designed several models including Wisteria, Dragonfly lamps, peonies, etc. She also created lampshades using a copper leaf material.

This involved wrapping the copper glasses and then welding the edges with lead. Clara Driscoll was responsible for the cutting and the creation of the stained glass windows used. Her team was made up of women and adopted the name Tiffany Girls.

The designer has worked with other talented artists such as Alice Carmen Gouvy or Lillian Palmié. Alice took care of watercolours of plants, flowers and decorations inspired by nature.

The popularity of Tiffany Studios revolved around lamps made by Clara Driscoll's studio. The lamps were used as light fixtures and were also decorative objects. The form adopted was unique and artistic.

While working at Tiffany Studios, Clara Driscoll was in charge of running a workshop. She was the leader and responsible for the colours and glasses used. She was also involved in cutting and directing.

His works were owned by Louis Comfort Tiffany. But behind the fame of these works, it was Clara who made them. Prior to tiffany's arrival, the models and patterns adopted by the company were static and geometric.

Clara Driscoll is now recognized as the director of these works following the analysis of the letters she wrote to her sisters and her mother. The analysis was conducted by Martin Eidelberg, Margaret K. Hofer and Nina Gray. This correspondence took place between 1861 and 1964 and led to the conclusion that it was Clara the artist and not Louis. The letters are now kept at Queens Historical Society.

Louis Comfort Tiffany knew how to make the most of her meetings, he understood that surrounding himself with the right people would allow him to open up his horizons. As his meeting with Thomas Edison who have little to say, was an electric turning point in his career.

Clara Driscoll is recognized as an artist in her own right. She's a master glassmaker. Its rating on the art market is very high. Among the most expensive works made by Clara Driscoll is the Tiffany Wistéria lamp

When it was released in stores, the item cost $450. Already at that time, the works of this master glassmaker were recognized because of their prices. In 1905, the price of Wisteria increased. The lamp cost $492,500. The Lotus lamp, on the other hand, reached $116,500 at an auction.

Several Dragonfly dragonfule lampshades were also presented during a World's Fair in Paris, France, and others during an exhibition in London in 1899.

But the most famous of these works is the Peacock Peacock Lamp. It was manufactured in 1905. This lamp was one of the most expensive in the Louis Comfort Tiffany. The price estimate is very high, as the item is made up of cut glasses (more than 1000 pieces). Each piece is then lined with copper tape.

The colors of the peacock as well as the patterns of the feathers and the eye are highlighted on the lamp. The foot of the item is decorated with tendrils of vines.

Clara Driscoll is also a businesswoman. She was one of the highest paid women in the world at the time, as her salary could be as high as $10,000. But in addition to being a businesswoman, she is also a historical conservative.

She donated to help the Alamo mission in San Antonio. She was then honored by a historic Texas marker in 1967. The marker was placed at San Gabriel Ave at 2312. She was also honored by another Texas marker (number 1287) in 1978.

The Alamo mission was to save Alamo, also known as Mision San Antonio de Valero. This is a historic Spanish mission. It is a fortress built in the 18th century. Before, Alamo was the site of the Battle of Alamo.

After returning to Europe around 1898, Clara Driscoll was affected by the situation in Alamo. She even said in the Sans Antonio Express that the unsightly obstructions near Alamo should be removed. In 1903, Clara Driscoll was offered to join the "Girls of the Republic of Texas" community by Adina Emilia de Zavala.

The community wanted to raise money to buy the long Alamo barracks. Clara Driscoll was contributing the necessary sum for this purchase. The state then approved the preservation of Alamo and reimbursed Clara in 1905. Following this, the barracks, the church and the mission were officially handed over to the "girls of the Republic of Texas".

But despite this, renovation projects have been initiated by the government. Clara Driscoll has taken action to ban this work. She then obtained an injunction against the project. As a result, since 1913, the "girls of the Republic of Texas" have become custodians of the mission.

Clara, for her part, continued to work to preserve Alamo. She's devoted her whole life to it. It even invested a significant amount of money in the mission once again in 1932. She paid $70,000 to buy more properties around the sanctuary.

She continued her battle on behalf of Alamo, because in 1933 she was able to repel engineers who wanted to expand Houston Street and thus touch a part of Alamo.

The businesswoman then set up a fire station near Alamo in 1935 and celebrated the mission's centenarians in 1936. She died in 1945.