What is Art Deco? 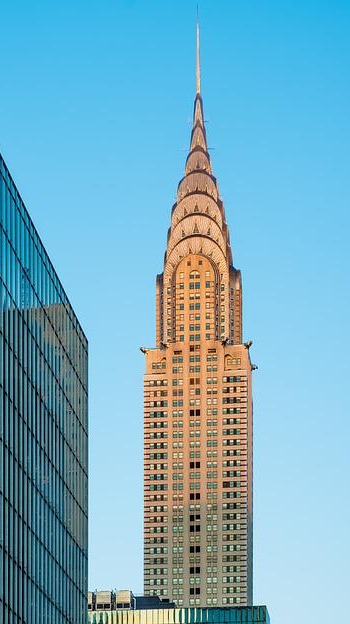 If you've ever wondered what Art Deco is? you are not alone. This style is a mix of classic and modern design elements. It focuses on symmetry and the use of metal. Here are some of the most important aspects of Art Deco. Read on to learn more about this style! You may find it attractive! Generally published

Art Deco is a style

The modern era and art deco style overlap, but Art Deco is a distinct style in its own right. The style was popular in the 1920s, and its creations have a distinct appearance that reflects its time and place. However, the aesthetics of the time is very different from today. Here are some examples of how Art Deco has affected the modern era. Below are the most notable buildings in Art Deco.

The features of art deco allow this style to be easily distinguished from Art Nouveau, the lines and geometric designs are easily recognizable from other styles, especially Art Nouveau.

The first and most important aspect of the artistic period was the emphasis on bold colors and supreme elegance. This style borrowed freely from serious design movements, including the Bauhaus. Bauhaus architects, for example, stripped the buildings of all the ornaments, leaving only a geometric skeleton. Similarly, the modern era has been marked by contrasting colors, including bright, bold, and pastel shades. Although the style was generally associated with art and architecture, it is very popular today.

The art deco style lasted the globe. The most important example of Art Deco was found in France, where the style is largely rooted. While the France featured the most extreme examples of Art Deco, other countries incorporated exotic patterns and high-tech design. German ships, for example, were characterized by their Bauhaus influences and high-tech designs. They were elegant and emphasized efficiency, while others incorporated the classic elements that made Art Deco so famous.

Another popular example of artistic design is the Chrysler Building in New York City. Its highly geometric design is what gives it its name. In terms of interior design, the style is also widely applicable, with more ornamental elements, such as chevrons, V-shapes and zig-zags. No matter where the art deco style is applied, the style can transform any space. And the versatility of the art deco style makes it a popular choice for both modern and traditional interiors.

The iconic Chrysler Building, built in the 1930s, is an excellent example of artistic design. The top of the Chrysler building looked like a Ziggurat. A series of ascending and descending arches in the tower formed the summit. The top of the building was crowned with glass triangles to create a flashing silver effect. This style is often associated with lightning, as it represents energy. A staircase in the Chrysler building has shapes similar to lightning bolts.

The most characteristic features of Art Deco are its geometric shapes and stylized designs. Like its predecessor, Art Nouveau, the movement simplified and stylized objects to express a new sense of dynamism and energy. Symbolic designs of this period include the Sunburst, a circle surrounded by radiant lines and ziggurat, a fountain motif with a more formalized shape.

The use of Greco-Roman motifs and reliefs became popular decorative elements. The entrance to Rockefeller's centers is designed with them. Technology also had an influence, as designers incorporated the elegant designs of automobiles and other travel equipment. Decorative elements in art deco Combine art, design, performance and fashion in a modern, bold and elegant way. In 1922, the discovery of King Tuts Tomb gave the art movement a renewed meaning. Designers incorporated Egyptian motifs into the interior design, while the use of chrome and glass allowed it to blend in with the hard-edged appearance of deco art.

While historians have attempted to define twentieth-century styles, there is no clear definition. While many people claim that Art Deco is an era, historians rely largely on the instincts of lovers and collectors to determine the distinctive periods. In general, however, the art deco movement emphasized the mix of classical and modern elements. There are several reasons why Art Deco is so popular.

The emergence of the modernist movement in the 1930s changed the face of architecture. This brought dramatic changes from a high ornamentation in the nineteenth century to the marked and minimalist modernism in the twentieth. The resulting style of architecture – modernist – was applied to skyscrapers and other high-rise structures. However, the art movement is often considered conservative in American architecture. In addition to being rooted in the 1920s, Art Deco still has a lasting effect on architecture.

The evolution of Art Deco is also the result of a specific artistic movement. It began as a reaction to the enduring popularity of Art Nouveau. Art Nouveau began to fall out of favor during the First World War. Critics felt that this style was not well suited to the modern world. In contrast, Art Deco emphasized the rationalization of the machine age and elegant geometry. And as a result, Art Deco quickly became very popular.

The focus on symmetry

Unlike the whimsical and colorful designs of earlier periods, the emphasis on symmetry in Art Deco was not purely a period preference. It was rather a modern and elegant style. His inspirations ranged from the Bauhaus style to the ballets of Serge Diaghilev. The decorative themes of this style were often inspired by Egyptian and Indian American cultures, and reflected the natural world in many ways. Solar rays and stylized floral designs were prevalent in this style.

The term art deco is an umbrella term that encompasses a variety of designs and styles. He came from an artistic movement and was influenced by the Paris Exhibition of 1925. The emphasis on symmetry is an important element of Art Deco and is often used as a design element. However, many people are not familiar with this style of design. Because it is so distinct from the modern style, it should not be confused with the style of the 30s.