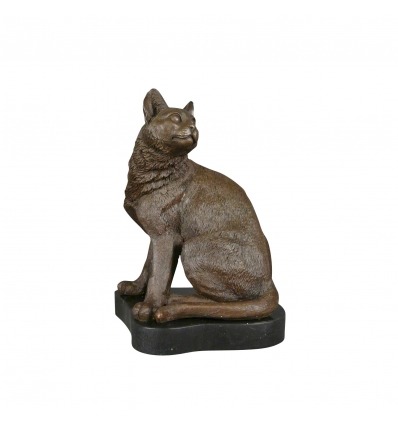 Bronze statue of a sitting cat 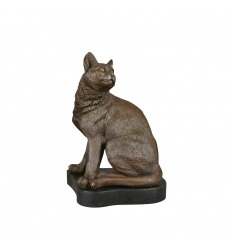 Bronze statue of a sitting cat

Your bronze statue was made using the traditional lost wax method.

Weight of sculpture with marble: 6.3 kgs

In some churches, a cat statue sculpture is placed on top of an altar. In some countries, bronze statues of cats are made to represent goddesses associated with good virtues such as virtue, piety and intelligence. Bronze sculpture is used for a wide variety of purposes, including religious representations. In the case of cat statues, bronze has the flexibility to represent a wide variety of characters, whether related to animals or humans.

The cat a deity erected as a statue

The Egyptians and Greeks regarded cats as divine creatures, as they were associated with many aspects of the gods of Egypt and Greece. For example, the god of Egypt, Osiris, was related to cats through his mummification symbols. It was said that the cat's flesh resembled the feathers of birds, and the cat god, Bastet, was also associated with the color purple. The ancient Greeks associated the cat with the goddess Diane, and she too was associated with the color purple. As the cat was the embodiment of the goddesses of love, some Christians represented him as the protective deity of their church.